Message Sent
Thank you for your inquiry. We will respond to you as soon as possible.

Impact our future:
Make sure that home is a safe place for every child.

You are at: Planned Giving > Gift Options > Donor Stories 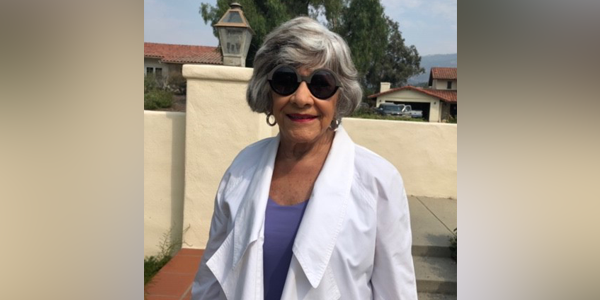 Adele Rosen has been an involved member of the Santa Barbara community for over 50 years, serving as a board member and volunteer for several organizations. Adele first learned of CALM in the early 1970s from a friend not long after the agency formed. She served on the Board for 8 years when it was very small, and meetings were held at the McVeigh House near the Natural History Museum. She later served for many in the Auxiliary and continues her support for their efforts, participating in CALM's annual events and annual fund appeal.

When Adele set out to plan her legacy, she states that "CALM was the first organization she chose to include in her trust because the mission speaks to serving families who need a safe place. Child abuse is a public health epidemic. It has always been my dream that CALM would not be needed but I know that is not possible. I want to leave in my legacy the strength of funding to continue the work as needed."

Adele believes in a future in which CALM continues to "teach young people that abuse is not acceptable as a way to prevent future generations of abusive households - that instead, they will grow up in homes based on love and respect." Adele's beliefs stem from a cultural background that teaches 'tikkun olam,' a Jewish concept defined by acts of kindness performed to perfect or repair the world. In her words, she is "performing this by leaving a legacy."

Thank you Adele for making CALM the beneficiary of a portion of your estate so future generations of children can live lives free from abuse!

Let us help you
with your gift plans